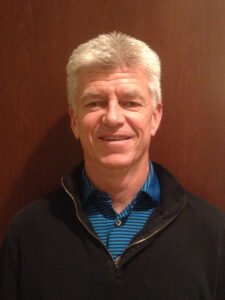 Scott Williams, captain of the 2016 Hudson Cup Professional team, has had his fair share of spectacular Hudson Cup moments. His favorite Hudson Cup memories include the 1993 matches at Bellingham G&CC. In the four-ball matches, paired with Dan Hixson, they made 13 birdies in 16 holes. Or, as Williams puts it, “miles of putts!”

He putted left-handed with the back of a right-handed putter during the 2003 singles matches at Oakbrook G&CC against Brian Hughes. “I shot 29 on the front with a hole in one,” Williams recalled.

Another favorite memory of the Oakbrook Hudson Cup matches was the foursome matches, paired with Tom Sovay. “Made a four-footer on 18… spur of the moment, went left-handed with the right-handed putter to win one up.”

And then there was the 1979 Hudson Cup matches at Fircrest GC. Williams was on the amateur team. During the four-ball matches, paired with Joe Pecia, they “fought hard to beat Bill Tindall and Fred Haney on the last hole.”