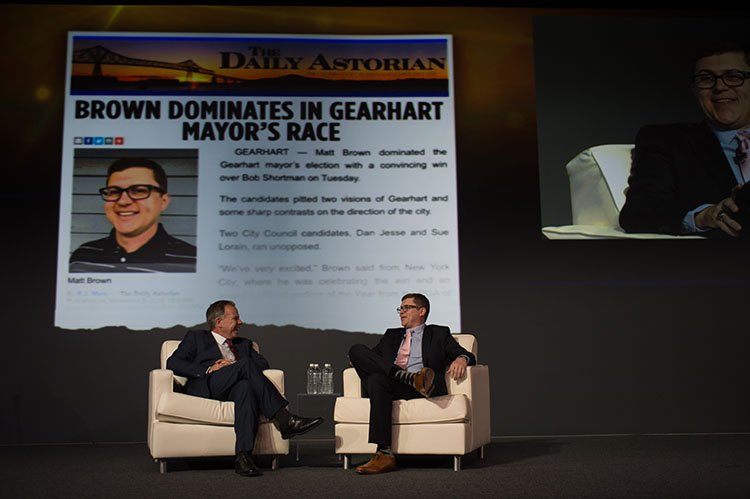 In addition to receiving his national award November 10 at the Grand Hyatt in New York City as 2016 PGA Merchandiser of the Year-Public Category, he was elected Mayor of Gearhart, Oregon on Tuesday, in a landslide.

“Total whirlwind—the last 24 hours have been crazy,” said Brown. “We were anxiously awaiting the results (Tuesday) night. They came in about midnight Eastern Time. . .We were up all night having newspapers call into town and celebrating.”

Using a “Matty for Mayor” campaign slogan, Brown won with nearly 80 percent of the vote in the coastal resort town of nearly 1,500. To compare, the previous mayoral election was decided by just five votes—and there was a recount.

“This whole week has been amazing, really one of the coolest weeks of my life,” said Brown.

The popular PGA General Manager and Head Professional at Highlands Golf Club in Gearhart will serve in the unpaid, volunteer mayoral position that he plans to work around his day job in the golf shop. The Gearhart City Council meets once a month.

“I plan on designating a day a week where I go to the city and see what’s going on, giving time to listen and talk to citizens, and get their feedback. Staying involved with the citizens and running the golf course. It will be a little bit of time management.”

Brown campaigned through traditional avenues, such as meet and greets, as well as modern day social media outlets.

“Being mayor is just like being a golf pro – you listen to what your members are going through and try to solve problems.”

View article in the Daily Astorian