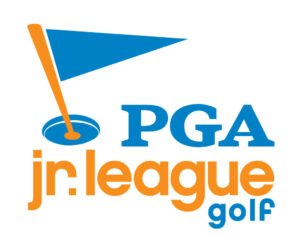 Did you know our PNWPGA Section is a leader throughout our Association with PGA Junior League Golf (PGAJLG)?  Conservatively speaking, more than $600k in additional revenues was generated through PGAJLG! About 90% of that was spent at our facilities by participating families. We finished with 164 teams, up from 117 teams in 2015. Nearly 1900 kids participated in PGAJLG throughout our Section. Statistically, 25% of those kids were girls and 45% of them were self-designated as beginners. To say the least, this is working. Working to elevate the PGA professional at each facility where it’s being run, and it’s really growing the game.

I would like to thank EVERY PGA professional who captained a team(s) in 2016, but there are a few I need to highlight further in each of our five Chapters:

As we approach Christmas, I’m grateful for those mentioned above, plus our Section and Chapter leadership overall who have supported PGAJLG from the very start.

Based on the combined effort of our Captains, we were a large, effective team building inertia to grow this concept even further in the future. In the long run, doing so will elevate our PGA brand locally, at the facility level and at the Chapter/Section level for all of us.

Looking ahead to 2017, I am excited to announce that Captain Registration is now open. This process will be much better than ‘16s experience in comparison. More than 19 pages of improvements were required and made to improve it. A strategic workgroup was also put in place to ensure we have faster payments, faster fulfillment and an improved overall experience this year. 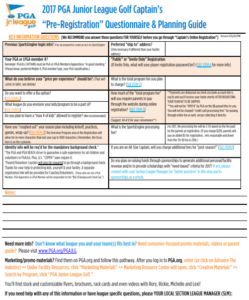 Now is the time to move forward with Captain Registration for PGAJLG. Doing so will allow us to have a very clear picture of our leagues when Player Registration opens in early February 2017. In the long run, we will be able to promote the program better at the various regional golf shows in Portland, Seattle and Spokane.

Please download and complete the PGAJLG Captain’s Pre-Registration Questionnaire  before registering as it will help you move through the process even faster. To register: https://pgajlg.sportngin.com/register/form/862975690

If you were a Captain in 2016, your login info should still work. I am here as your Section League Manager to help you with every aspect of the PGAJLG experience (from registering, pricing, promoting, scheduling and delivering and reporting) for 2017.

As a reminder, I’m here as your professional “climbing coach” and business mentor for the PGA of America.  If a kickstart or some coaching is what you’re looking for, so you can start climbing up again, please reach out to me soon. If you’re doing well with PGA Junior League, or another program, I’d love to help you (and your team) reach further and farther toward your “Summit of Success” in 2017.