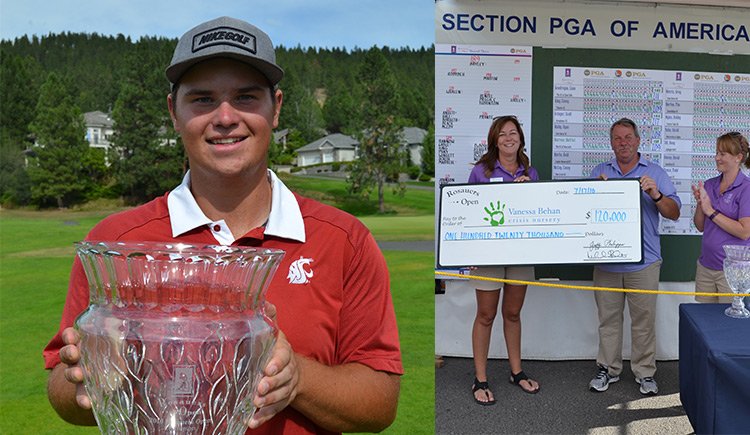 MeadowWood Golf Course in Liberty Lake, Washington was host to the 29th Rosauers Open Invitational featuring the Umpqua Bank Pro-Am. The par 72, 6,874 yard course is nestled in beautiful Spokane County and has been ranked by Golf Digest as “One of the Top 10 Best Public Golf Courses in the State of Washington.”

The Umpqua Bank Pro-Am made up the first two days of competition. Sixty-four teams of one professional and four amateurs competed in a best 2 of 5 net score format. The team sponsored by Bank of America took home the crystal after a two-day total of 58 under par. The team consisted of PGA Professional Gordon Corder (Manito G&CC) and amateurs Brad Ryland, Scott Kramer, David Millheisler and Steve Fazzari. Even more impressive than their winning score was the $120,000 raised for the Vanessa Behan Crisis Nursery located in Spokane. The nursery provides a sanctuary for children who are at risk for abuse or neglect. The event has raised nearly $2,750,000 for this wonderful cause in its 29 years. To learn more, volunteer or donate, head to www.vanessabehan.org.

After the conclusion of the Umpqua Bank Pro-Am, 161 professionals and amateurs teed it up over the next three days in pursuit of the Rosauers Open Invitational trophy. What would unfold over the course of play was a re-writing of the record books, the execution of the rarest feat in golf and an impressive young champion.

Derek Bayley is a humble 20-year-old junior at Washington State University. His record-setting victory came in at an astounding 27 under par, six shots lower than the previous record. Even more impressive than his runaway victory was the majestic 59 he fired in round two of the event. When asked about his thought process, Bayley (who started on hole 10) explained that he simply focused on each shot rather than the score.

“I was just in a rhythm… I eagled 7, and birded 8, and stood up on the ninth tee thinking to myself, ‘Wow, am I really 13 under par thru 17 holes?’ Once I made the four-footer for 59, I was shocked. Unbelievable,” said Bayley. The win was his first in a professional event, the significance of which did not evade him. “To have the best pros in the area and beat them, it’s pretty special to say the least.”

We’d like to thank host professional Bob Scott and head superintendent Mike Kingsley for the outstanding hospitality and immaculate golf course. Another thank you goes out to Rosauers, Umpqua Bank and all of our other fantastic sponsors who make this event so successful year after year. 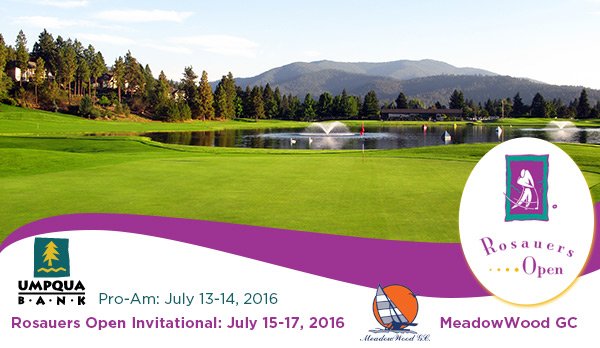