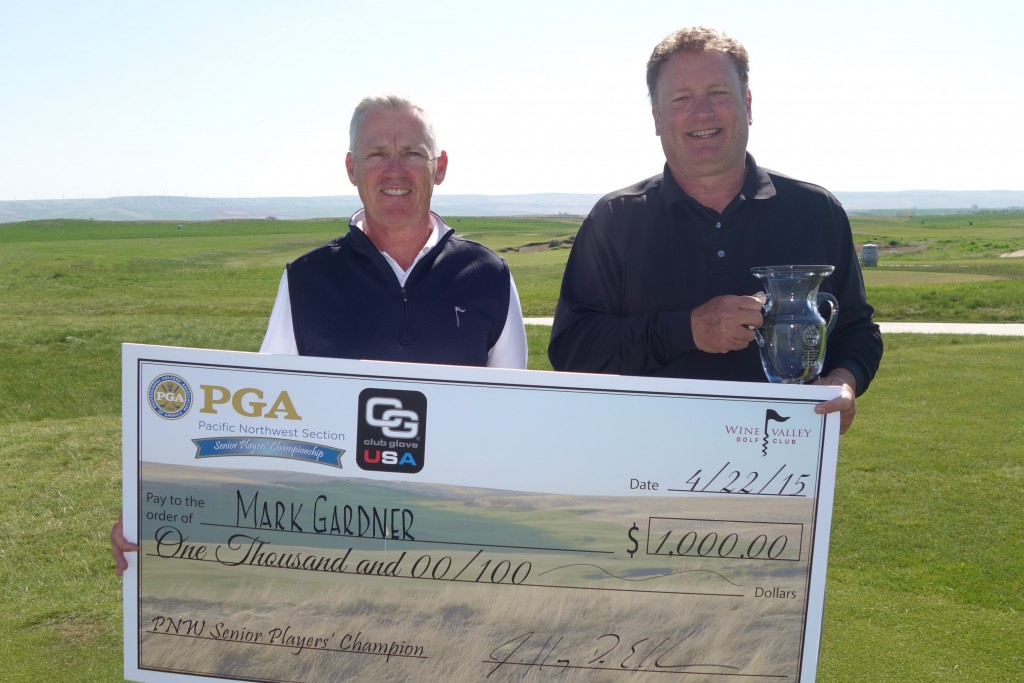 Field – 51 teams of one Pacific Northwest PGA Professionals and one amateur.

PGA Professional Mark Gardner of The Creek at Qualchan won the PNW Senior Players’ Championship after firing rounds of 64-71-135 to win by 2 strokes over PGA Professional Mike Gove of Inglewood GC.

Congratulations to PGA Professional Lon Hinkle of Eagle Bend GC who make a rare double eagle on hole #7, a par 5 on Tuesday.  He dunked a shot from 252 yards with a 20 degree hybrid.

Congratulations also to amateur Keith Crimp of Ellensburg G&CC for making a hole-in-one on the 11th hole.  He hit an 8 iron from 155 yards.

The Senior Players’ Championship welcomed PGA Professional Ken Allen and Club Glove to the event this year as a sponsor.  Ken was on site at Wine Valley to meet each participant and hand out a tee gift.