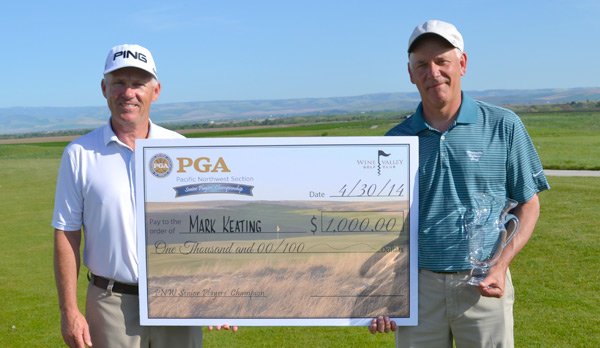 Field – 51 teams of one Pacific Northwest PGA Professionals and one amateur.

Keating had to birdie the final hole to beat Carranza who had a hot round consisting of three eagles, three birdies and three bogeys on his way to post his six under par 66.

CLICK HERE to view the Senior Players’ Championship results once they have been posted for the day.