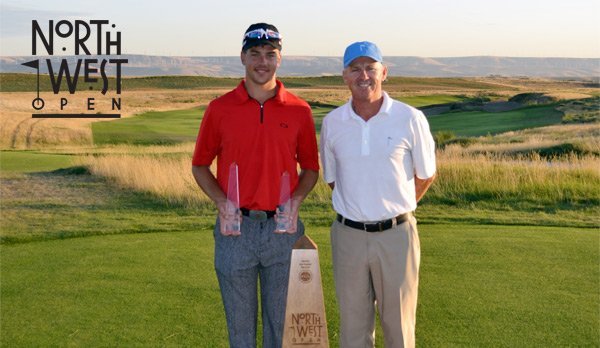 Amateur Carl Jonson of Wing Point G&CC won the Northwest Open Invitational at Wine Valley GC yesterday in Walla Walla, Washington.  Jonson battled Tim Feenstra of Broadmoor Golf Club all day and took the lead for good with a birdie on the par 3 16th hole.   The Senior at UNLV made a scrambling par on 18 that included trips to fairway and greenside bunkers on the 565 yard par 5.    Feenstra took home the first place professional check of $6,250.  Two back was second round leader Colin Inglis.

Jonson’s victory was the first by an amateur since Derek Berg took the title at the Running Y Ranch in 2006.

Congratulations to PGA Professional Greg Morris of Iron Horse GC won his awesome hole-in-one during the final round on the 6th hole.

Final results can be found at https://pnwpga.com/results/results_nwo14.html