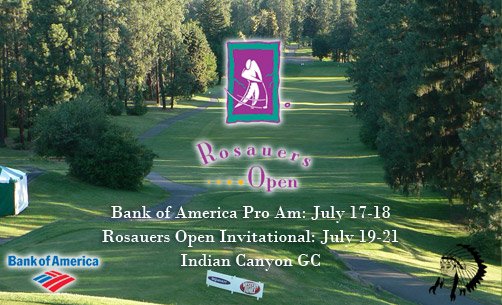 We are still accepting entries for the Rosauers Open Invitational at Indian Canyon GC on July 19-21.  Head PGA Professional Gary Lindeblad is excited to host again this year.

~History of the Rosauers Open Invitational~

The Rosauers Open Invitational has been on a part of the PNW PGA tournament program since 1988.  The famed golf tournament has been hosted at one of Washington’s most desired places to play, Indian Canyon GC.  Gary Lindeblad has been the PGA Professional at IndianCanyon since 1984.  He surprised his hometown fans with a victory back in 1990, which is a rarity to golf tournaments played on your home golf course.

IndianCanyon was built in 1935 for $200,000.  H. Chandler Egan, a member of the PNGA Hall of Fame, crafted the Canyon’s layout over the well treed hillside southwest of the SpokaneRiver.

IndianCanyon hosted the 1941 and 1984 Public Links Championships.  When Bill Welch was victorious in 1941, he concluded “After I played IndianCanyon, I never wanted to go back to Texas again.  I never saw a golf course that beautiful in my whole life…. I did return to Texas, but only to pack my bags and move to Spokane.”

This municipal track has been annually rated among Golf Digest’s “Best Public Courses”, “Best Affordable Courses”, “Best Golf Courses You Can Play”, “Best in State” and taken individually, some holes rank with the best holes found on any course – public or private – in the region.  IndianCanyon’s lofty acclaim is well deserved.

CLICK HERE to view past champions of the Rosauers Open Invitational.