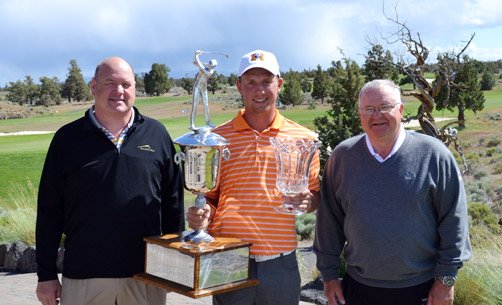 This championship dates back to 1905 when sheep mowed the fairways at Waverley CC, George Smith, a Scot from Oakland, CA won the Oregon Open’s inaugural championship including a course record 74.  Little did he know that some of golf’s most prestigious names were to follow in his footsteps such as Tommy Armour, Horton Smith, Chuck Congdon, Bob Duden, Bill Eggers, Jerry Mowlds, Pat Fitzsimons, Rick Acton, Peter Jacobsen, Jeff Coston, and Mike Davis.  And only three men have won the title three or more times; Bill Porter (3), Rick Acton (4), and Bob Duden (8).  The tournament scoring record is held by Brian Nosler at 198, set in 2009 at Brasada Ranch .

Not many golf courses can attest to having three grand opening ceremonies. Juniper GC officially opened on Memorial Day in 1952. It was originally a 9-hole course, The second opening was in 1987 after PNW Section Hall of Famer Tim Berg was commissioned to redesign the 6,533 yard, 18-hole layout.

In 1995, the city of Redmond planned for a new highway bypass to travel directly through Juniper’s fairways. Thankfully, the government allowed the club to acquire the land it is currently sits on, two miles south of the original course. On July 2, 2005, Juniper had its third grand opening ceremony. This course was designed by the late esteemed golf course architect John Harbottle Jr, and in 2006, his design was honored by Golf Digest as one of America’s Best New Courses. In addition to the previous honor, from 2008 through 2012 Juniper has been rated one of the “Best Places to Play” in Oregon by Golf Digest.

To view past champions of the Oregon Open Invitational, CLICK HERE. 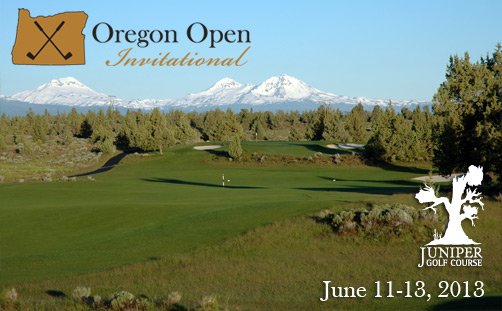