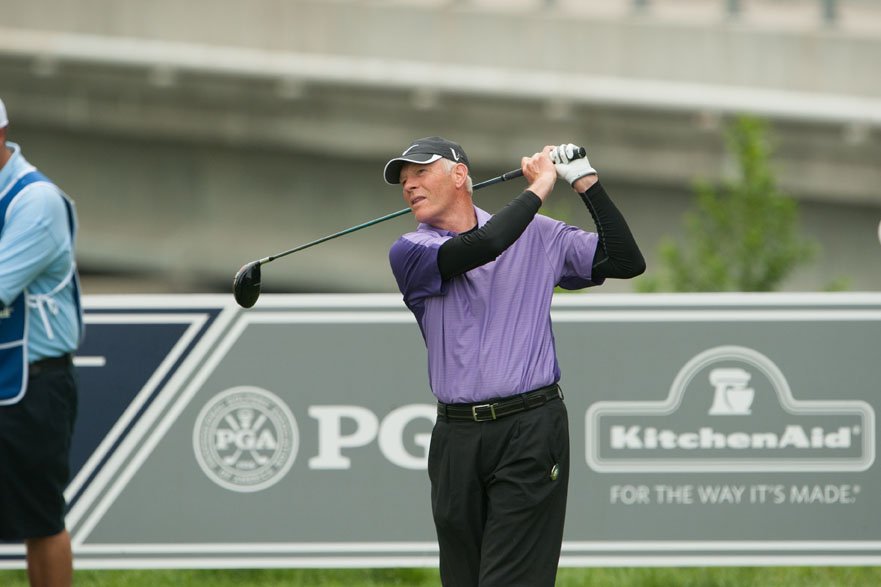 Jeff Coston, PGA club professional, on 14th tee during the third round of play at the 73rd Senior PGA Championship, presented by KitchenAid held at Harbor Shores in Benton Harbor, Michigan, USA, on Saturday, May 26, 2012. (Photo by Montana Pritchard/The PGA of America)

Jeff Coston had a strong month of tournament play in May.  First, Coston played in the final group of the Sterling Bank Washington Open Invitational on Wednesday, May 22 and finished T-6th. He would then catch a flight from Seattle, Washington to St. Louis, Missouri for the Senior PGA Championship which started the following day. Coston played Bellerive Country Club on May 23-26 in the 2013 Senior PGA Championship presented by KitchenAid, where he took low club professional honors for the second time in his career. He tied for low club professional by placing at T-28th against a star-studded field. Coston shot a 284 (71-69-72-72)—even par for the tournament—and took home $12,829.

Coston had qualified for this event last year when he placed T-8th at the Senior Professional National Championship in October 2012. 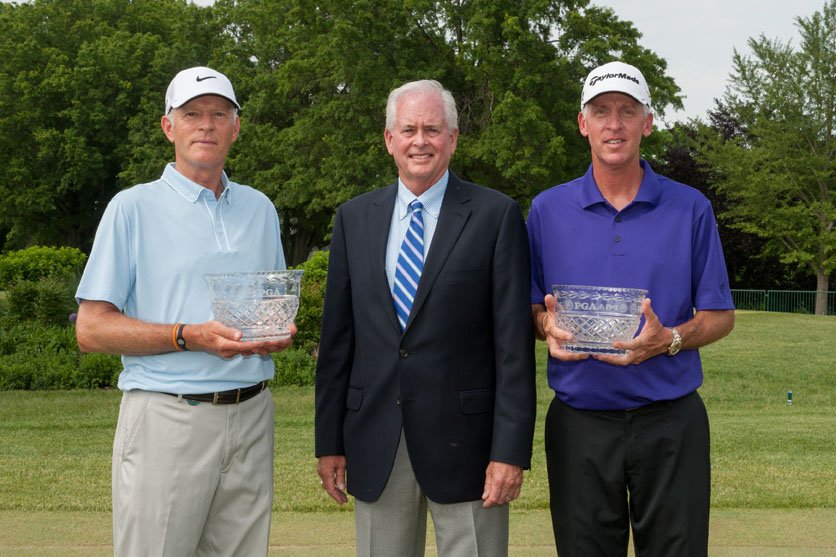