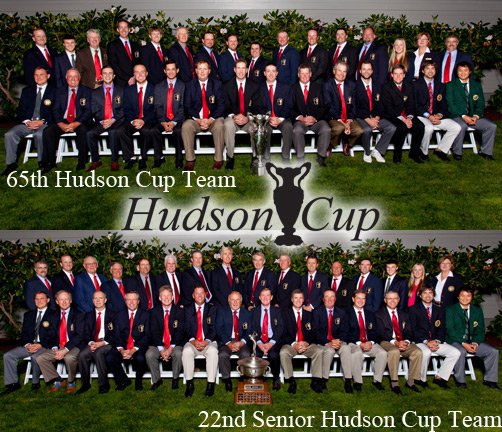 The 65th edition of the Hudson Cup Matches concluded October 25 at Pumpkin Ridge GC – Witch Hollow course in North Plains, OR.  The professional team beat the amateurs 12 1/2 points to 7 ½ in the 65th Hudson Cup Matches.  In the 22nd edition of the Senior Hudson Cup, the professionals earned a narrow victory against the amateurs with a two day point total of 10 1/2 to 9 1/2. The Charles Congdon Award went to Tim Tucker and the Larry Lamberger Award was presented to Scott Erdmann.  In the Senior Matches, The Bill Eggers Award was presented to Tom Brandes while Steve Bowen was bestowed the Bob McKendrick Award.