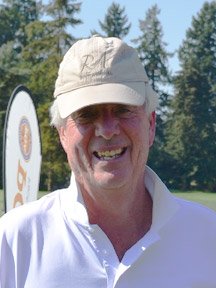 Chuck Milne of Vanco Driving Range (Vancouver, WA) won the PNW Senior PGA Championship by two strokes over Jeff Shaw (Seattle, WA). Milne posted a final round of 66 to come from behind for his second title. He previously won this event back in 2000. Milne also won the Hugh Starkweather Award.

Mike Coury, Executive Director of the Western Washington Chapter (Kent, WA) won the net competition in the Senior Division by one stroke over Patti Marquis of The Links GC (Post Falls, ID). 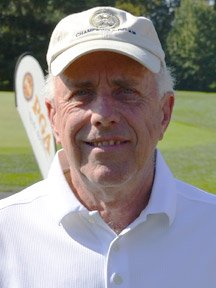 As a new feature to our tournament program, results will be posted at regular intervals throughout the day at https://www.pnwpga.com/pdf/resultssrpga12.pdf   “Almost live scoring” will begin at 10:00 am each morning after the groups begin turning.  Be looking to see if one of your friends posts a low score!