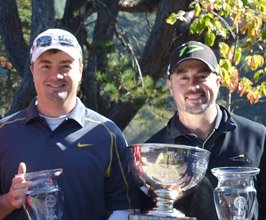 PGA Professional Luke Baker and his amateur Jim Bob Coleman of Deer Park GC won the PNW Pro-Amateur Championship by one stroke over PGA Professional Russell Grove with his amateur Taylor Porter of Avondale GC. Baker and Coleman came from behind to shoot a final round 65, 6-under par for a two day total of 131, 11-under par.

Salishan Spa and Golf Resort – originally built in 1964 over two phases, Salishan’s mixture of woodlands and links has helped to define golf along the Oregon coast.  With a renovation in 2003 by Jacobsen/Hardy Golf Design, the links have been transformed to take further advantage of the location on the Pacific Ocean.