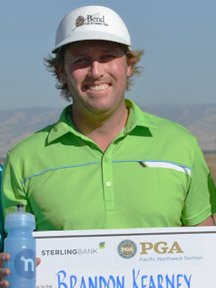 Kearney’s key to victory – a 9 under par 63 in the opening round that included 2 eagles on the front nine, 3 two’s, and even a bogey!