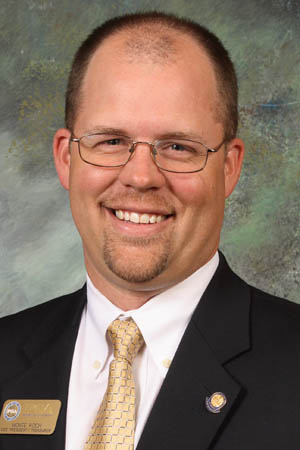 Monte Koch is the Regional Player Development Manager of the Greater Seattle area and the PNW PGA Section. He joined the PGA of America as one of nine Player Development Regional Managers (PDRM) in March of 2012. As a PDRM, Koch is charged with helping the PNW PGA professionals, their facilities and employers, with implementation of strategies, initiatives and programming to expand the reach of golf among current and potential players.

Monte grew up in golf during high school in Beaverton, OR, Koch and he began working as a greenskeeper at Heron Lakes GC in Portland, OR in 1991. After graduating with a Bachelor of Business Administration/Marketing and PGA PGM degree from New Mexico State University, Monte joined the professional side of the business. He has served in a variety of facilities including private, semi-private, daily fee facilities and a regional management company.

In service to the Association as a Board member, a committee chairman and a Section Officer, Koch is a two-time Section award winner, including the Bill Strasbaugh Award (for service to his Association,) and the Golf Professional of the Year Award.

As the first “field rep” for the PGA of America in the PNW Section, Koch takes his role very seriously and sees it as an opportunity to make a difference for the PGA members in the Section. Monte’s focus will be on helping Section members and apprentices expand their outreach to women, minorities and junior golfers, while underscoring golf as a game for everyone. In short, Koch’s central goal is to “localize” Golf 2.0 effectively and positively, all in the business of driving new players, retaining core players and bringing back lapsed players to the great game of golf…Golf is Fun, Play More Golf!