PGA Professional Jeff Coston of Semiahmoo G&CC won his third Senior Oregon Open Invitational title yesterday by one stroke over PGA Professional Rob Gibbons of Arrowhead GC. Coston has previously won this event back in 2007 and 2009 while Gibbons won back in 2008.

Coston birdied the final hole to pull one stroke ahead of Gibbons for the championship, trophy and $5,000 first place check.

Winning the team competition was the team of PGA Professional Jerry Mowlds of Pumpkin Ridge GC (North Plains, OR) and his amateurs Phil Mitchell, Pete Guay, and Jim Griffin. They won by two strokes in the one net, one gross team competition over the team with PGA Professional Scott Williams of Glendale CC (Bellevue, WA) and his amateurs Ted Mulcahey, Jeff Smith and Jay Phillips. 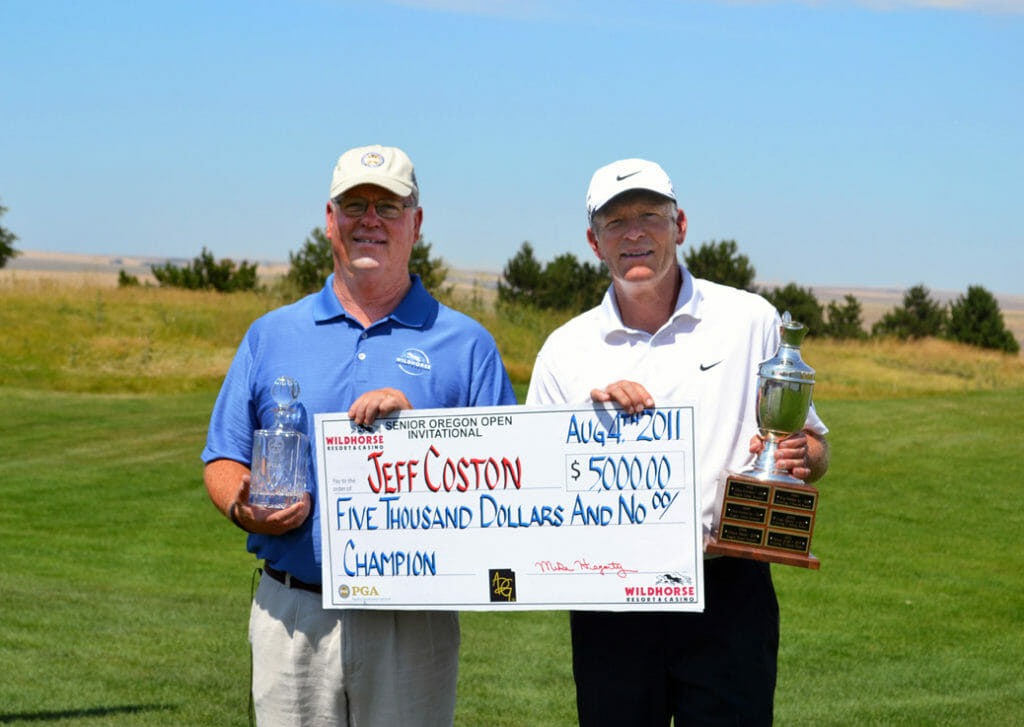