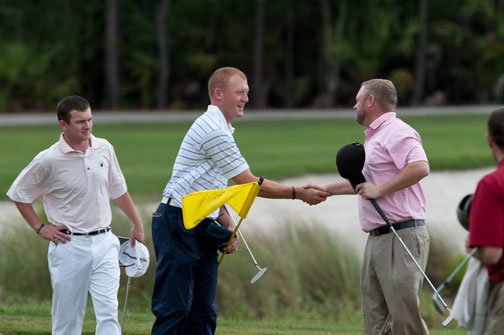 After round two on November 4th, Berg is tied for 41st place with scores of 72-74. He made the cut to the next round. His round three and round four scores were 74-69, leaving him tied for 16th place after the final round with a score of 288. Congratulations Derek!