by Molly Cooper, Director of Tournament and Member Programs

Tom Sovay of The GC at Redmond Ridge GC won the PNW Senior PGA Professional Championship by one stroke over Joe Carranza of Aldarra Golf Club. Sovay birdied the last hole after Carranza posted a low score of 67 two hours prior. The win was especially sweet, as Sovay lost the 2017 PNW Senior PGA Professional Championship in a playoff to Steve Stull.

"I was really happy to get another chance. Now I have the young and the old championship," said Sovay of securing his title. He won the PNW PGA Professional Championship in 2004. The real importance of this event, however, is playing with one's peers.

"Playing with your peers makes this special. If I can represent our fellow Professionals as the champion of our own event, and get the thumbs up from so many people I've looked up to for years ‒ that is incredible."

Asked if seeing Carranza's low score early in the final day affected him, Sovay commented, "Seeing Joe's score certainly lit a fire under me. I can honestly say I somehow was able to really focus and started to attack the course."

Winning the Senior Division is Ted Westling of Stone Creek GC. He won by one stroke over Brian Davis of Grays Harbor GC.

Rob Gibbons of Arrowhead GC captured the Hugh Starkweather award which goes to the low player for both rounds that is 60 years and older.

“Port St Lucie fits my game well. I will get there with a couple practice rounds to spare. I've played there and if I get used to chipping I'll be fine,” Sovay mentioned when asked how this win would affect his confidence going into the National Championship this fall.

The PNW PGA would like to thank PGA Professional’s Rob Gibbons, Bryce Fisher and Robert Fisher and the rest of Arrowhead GC’s staff for a wonderful week. 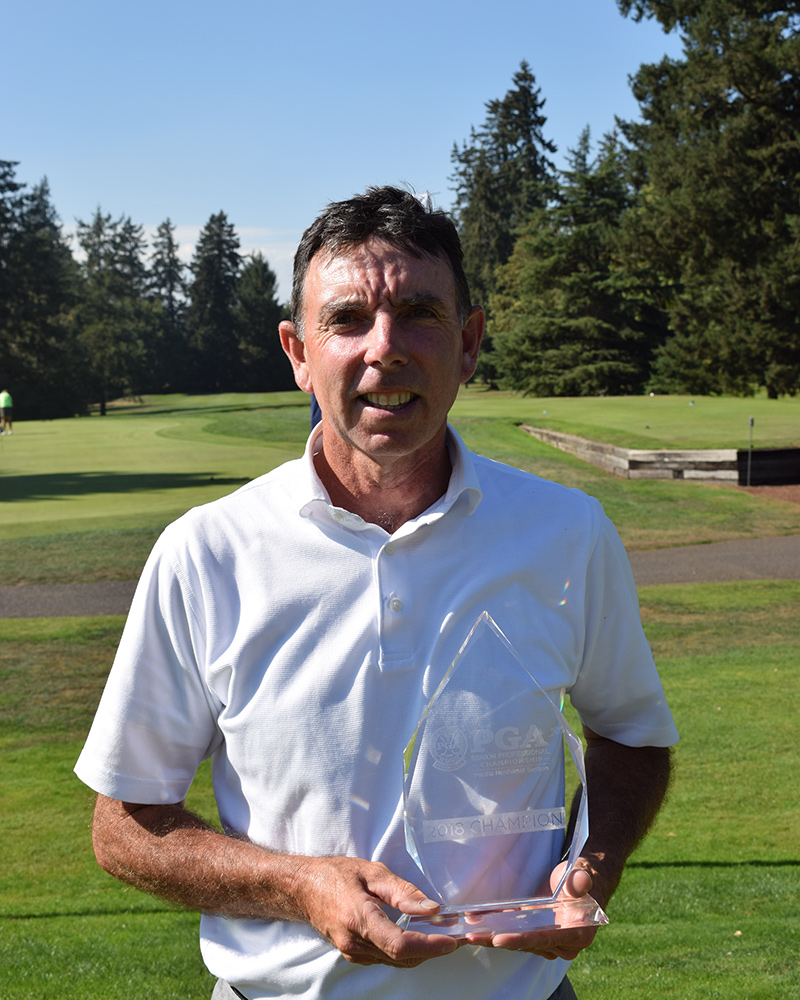