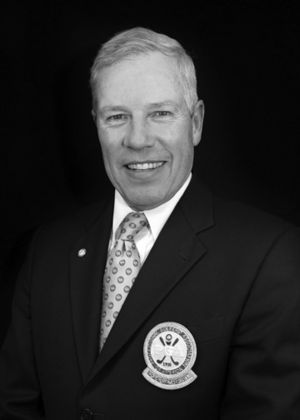 Steve Prugh has served his entire 36-year career at Manito G&CC in Spokane, Wash. Prugh’s first three years were under the mentorship of PNW PGA Hall of Fame member Jim Shriver, while his last 33 years were as PGA Head Professional. Prugh played for the University of Oregon before turning professional. His impressive playing record as a professional includes playing on 4 Hudson Cup and 5 Senior Hudson Cup teams, as well as competing in the 2006 U.S. Senior Open and 5 PGA Professional National Championships. Prugh has a history of service to his fellow PGA Professionals. A long-serving member of the Board of Directors, Prugh was Pacific Northwest Section President from 2011-2012. Junior Golf is a passion for Prugh, as witnessed by his 23 years of service as a District Director for the Washington Junior Golf Association. Golf is a family business for the Prugh’s, with wife Susan serving as a USGA Rules Official, daughter Hillary playing golf at Montana State, son Corey a PGA Teaching Professional at Manito G&CC and son Alex a PGA Tour player.