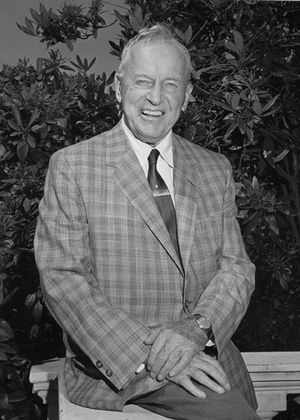 Robert Hudson founded the Hudson House food packing firm and became sponsor and promoter of professional golf in the Pacific Northwest. He is best remembered for bringing the Ryder Cup back to life after a 12-year lapse due to World War II. He also financed four Portland Opens in 1944, ’45, ’47 and ’48 as well as the 1946 PGA Championship and the 1955 Western Open. The Hudson Cup Matches were started by the Pacific Northwest PGA in honor of Robert Hudson’s contributions to golf, but Hudson insisted on making the Matches one of his own contributions and paid for all expenses until his death. He will be remembered always for making it possible for the British PGA to send a Ryder Cup team to Portland for the 1947 rebirth of the great competition.