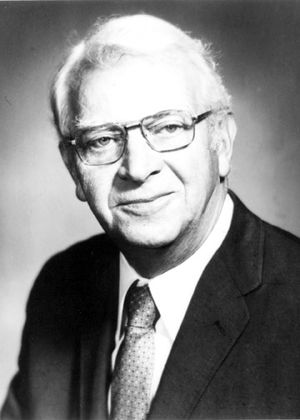 Larry Lamberger Sr. was one of the Pacific Northwest Section’s best known and most respected members. Larry served 36 years as head professional at Portland Golf Club before retiring in 1974. He was completely devoted to his members and to the PGA and served as president of both the Oregon Chapter and the Pacific Northwest ­Section. He was a leader throughout his career. He also was a noted player and teacher. He listed two Oregon PGA championships among his victories and was runner-up to a third. Perhaps Larry’s most lasting legend is the Hudson Cup matches. They were conceived and begun by Larry Lamberger and Al Zimmerman. Larry served as Captain of the Professional Team 26 times between the years 1950 and 1980.