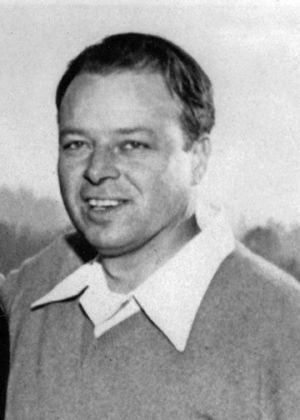 Gordon Richards was one of the most successful professionals in Section history. Over a 50-year period, beginning in 1927, Gordy served as head professional at Tacoma C&GC, Broadmoor GC, and Overlake G&CC. He purchased Wayne Golf Club in 1952 and, with his son David, built Snohomish Golf Club in 1965. He also owned the Stadium Driving Range. Gordy was an accomplished player and teacher. He won the Washington PGA title in 1933 and 1934, and the Pacific Northwest Section title in 1944. He also won three Pacific Northwest Pro-Amateur crowns between 1933 and 1953 with three different partners; Chuck Hunter, Harry Givan and Erv Parent. Gordy was an active administrator, serving two terms as Section President, and as Vice-President of the PGA of America from 1945 to 1947.