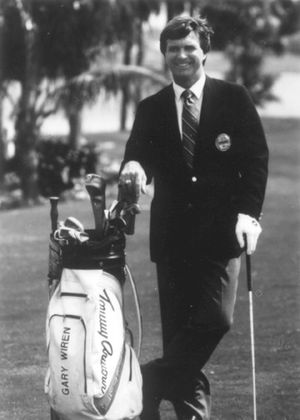 Dr. Gary Wiren’s Northwest roots stem from Eugene where he earned his doctorate degree from the University of Oregon. His work in the area of teaching made him, at one time, perhaps the most well-known PGA Professional in the world. He has written or participated in the writing of over 200 magazine articles, has 13 film credits and has taught over 250,000 people in 28 countries. The PGA of America recognized his excellence in education and teaching and hired him. Wiren worked for the association for 12 years, founding its National Academy of Golf and serving as the Director of Education, Learning and Research and the PGA Hall of Fame. Dr. Wiren has received many awards during his career, including the Pacific Northwest Section Golf Professional of the Year award in 1971 and the PGA of America Teacher of the Year award in 1987. He is honored in the Golf Halls of Fame in the states of Nebraska and South Dakota.