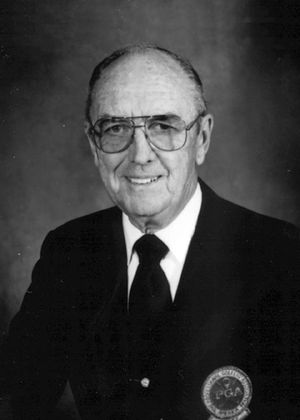 Don began his golf career while still in high school, working under the tutelage of Larry Lamberger at Portland Golf Club where he served for 15 years. He became head professional at Forest Hills Golf Club in 1959 and moved to Portland’s Eastmoreland Golf Club in 1971. Don was one of the most active PGA members of his time, serving as Oregon Chapter secretary-treasurer for two years and president of that group for five years. He was the Section president in 1968 and 1969 before serving as PGA of America Vice President from 1970 to 1972. In 1973, he accepted a position as the PGA of America’s Tournament Director, and made his home in Florida until his retirement in 1994. He lead the administration of the PGA’s tournament activities during his tenure, highlighted by PGA Championships and Ryder Cup Matches.