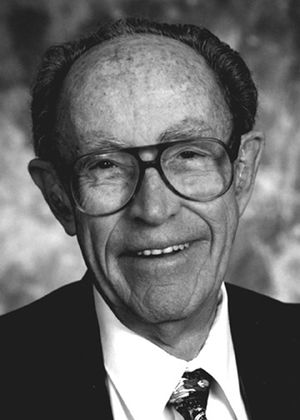 It is probably fair to say that Dale was a founding father of the modern Pacific Northwest PGA and the Oregon Golf Association. He became full-time Executive Director of the Section in 1964 and wore three hats for more than a quarter of a century: Executive Director of the Pacific Northwest Section PGA, Oregon Chapter PGA, and Oregon Golf Association. He became a legend for his stern but fair rulings and the eagle eye he kept on his organizations’ finances. His husbanding of resources made it possible for the Pacific Northwest Section to become much admired nationally. His leadership of the OGA helped make possible the funds that started the ball rolling on the building of its own golf course. Johnson, who was first a sports writer for The Oregonian from 1947 until 1958, covered or administered almost every Northwest major until his retirement in 1989.