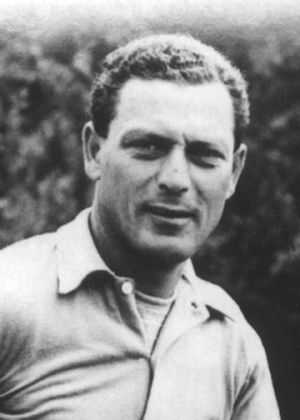 Bud Ward attacked a golf ball with fierce determination seldom equaled, from a nine-hole course near his hometown of Elma, WA, all the way to the Royal and Ancient Golf Club at St. Andrews, Scotland. Along the way he won the U.S. Amateur Championship in 1939 and 1941. Ward won the Western Amateur three times and finished fourth in the 1939 U.S. Open, one stroke out of first. He played on the U.S. Walker Cup teams in 1938 and 1947 against England’s best amateurs. Ward also won the Northwest Open six times, the Washington Open three times and Washington State Amateur twice, as well as winning one PNGA Men’s Amateur title in 1941.