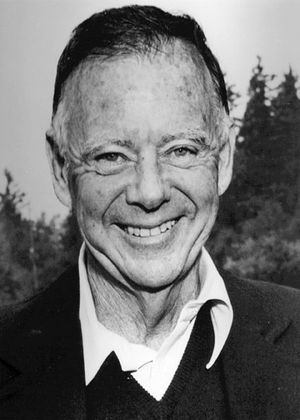 Robert W. "Bob" Duden compiled one of the most astonishing records in the history of sectional golf competition. In a professional career that stretched more than 40 years, he won over 50 titles, including 23 major Pacific Northwest Section events. These included a remarkable eight Oregon Open championships captured between 1952 and 1973. Bob grew up in Portland and made it his home all his life. He played successfully on the PGA Tour in the 1950’s and ‘60’s, winning one event and tying for second in three others between 1959 and 1964. He was recognized as one of the finest fairway wood players in history. Bob invented the croquet style putter, which he called “The Dude”, and later pioneered the sidesaddle putting style. He had 22 holes-in-one during his career. In his later years, he worked as a teaching pro at Glendoveer Golf Course, where an annual tournament bears his name.