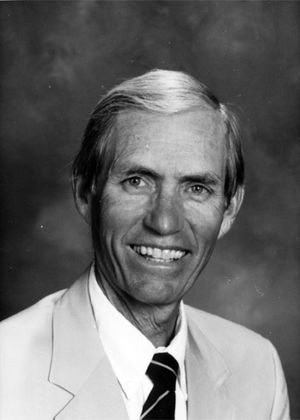 Al Cross' interest in golf started when he caddied at Eugene Country Club and took lessons from Wendell Wood. His primary interest has been teaching ever since. After playing golf at the University of Oregon on one of their best-ever teams, Cross returned home from the service to work at Eugene CC. He left to become head professional at Springfield Country Club. In July of 1961, Al became head professional at Illahe Hills Country Club and served until 1984. Few professionals in the Northwest have given more lessons than Al Cross. In 1985, Cross became Director of Instruction at The Vintage in Palm Springs, a position he held for 16 years. He was so popular with the members they gave him a lifetime membership upon his retirement. Al has long been recognized as a tremendous golf professional and gentleman, and he was awarded the Pacific Northwest Section's Golf Professional of the Year award in 1975 and the Teacher of the Year award in 1987.