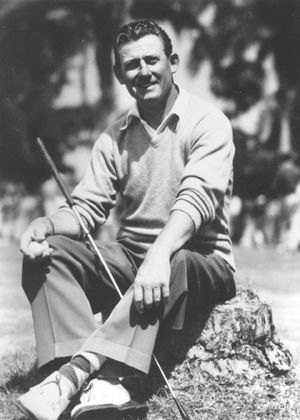 Eldred P. "Al" Zimmerman was one of the Pacific Northwest Section’s greatest players. He won 14 section events in the 1930’s and 1940’s, including four Northwest Opens, two Oregon Opens, and two Washington Opens. He played successfully in the earliest days of the PGA Tour in the late 1920’s, and wrote a book titled “How the Golf Tour Began,” published in 1992. Al was head ­professional at Columbia-Edgewater Country Club and Alderwood Country Club in Portland, Oregon. When Alderwood closed in 1953, Al moved to Arizona and held head professional positions there. He served as president of the Oregon Chapter PGA and as a member of the PGA of America’s first Tournament Policy Board.